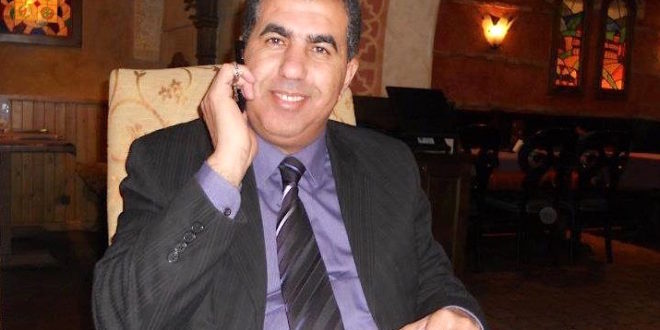 There is one place in Odessa, turning to where you can join the culture of the East. And those who recently set foot on the Ukrainian land, can get support here, to gather useful information for themselves. The Arab Christian Cultural Center, which is located at Cathedral Square, 1, happily opens its doors to everyone, especially for those who, by the will of fate, came to our city from the countries of the currently booming Middle East and Africa.

In search of a new homeland

Now these people come to us more and more, and the political situation in that part of the globe is such that the flow of refugees from Arab countries is only increasing.

– The situation in the Middle East is very tense. And, as a result, the checkpoints, including in Odessa, are crowded with people, ”says Nabil Babbeisi, President of the Arab Christian Cultural Center in Odessa. – People often ask me for help because I know the language, I know the problems of these people. Many of them view Ukraine as a temporary haven, others as a new homeland.

Nabila can rightly be considered an Odessa. He came from Syria in 1990, still very young, entered the Odessa Polytechnic University, which was then called the Institute, and after it ended he remained to live and work in our country. Syria at that time was still in many respects a stable state. Today, due to the fact that Islamic radicals came to power, many people have no choice but to emigrate. People take such a desperate step, leave everything in their homeland and go to a foreign land, just to save their lives and the lives of their loved ones.

– Ukraine is a multinational, Christian state. In the first centuries of our era, Syria was also a Christian country, Nabil Babbeisi draws attention to such an important detail. – I grew up in a Muslim family, was attached to Islam, its beliefs and traditions, but I had a lot of Christian friends. Once I went with them on a tour, and then representatives of the security forces came to my house with certain questions. Then dad was very worried about me and asked what I had done. But there was no guilt behind me except friendship with people of another religion. In the future, every year the interfaith situation in Syria became worse and worse … So I perfectly understand the problem of refugees. Sometimes they have no other choice.

When Nabil left Syria for Ukraine, he was not a Christian, so for religious reasons he was not particularly threatened. Life trials came later when faith in Christ entered into his heart. It happened unexpectedly even for himself. Somehow he was invited to a holiday hosted by the Jewish Messianic community. It passed noisy and merrily, with songs and dances, which caused extreme confusion among the Arab guest. After all, he was used to the fact that, according to the traditions of his country and family, he needed to come to God quietly and keep himself restrained. Here people had fun, that was strength! And then the preacher, who on the stage was inspiringly telling about God’s love for people, approached him and asked if there was a desire to accept Jesus Christ in his heart. And unexpectedly for himself, an affirmative answer fell from Nabil’s mouth.

With love and understanding for the East

After that, a conversation with his father …

– For my life, I never countered with my father and did it for the first time when he suggested that I renounce Christianity. As then it did not hurt me, I said: “Dad, I love you, but I can not do what you ask for,” recalls Nabil. “Since then, I have dedicated my life to Christ, I have gone deep into studying the Bible and the Koran. He began to compare these books, and then for several years he consulted people on matters of faith.

The whole experience of Nabil came in handy. In 2011, the Arab Christian Cultural Center opened in Odessa. It is registered as a non-profit public organization and operates on private funds. Volunteers work there, including Arabs, Ukrainians, Russians. All who share the goals of the organization are invited to cooperate.

Not so long ago, the center staff had a great holiday for adults and children in the park to them. T.G. Shevchenko. It is noteworthy that both Christians and Muslims took part in the celebration. pizzahutlistens.ca

“The program goals of our center are the popularization of Arab culture, the spread of Christianity among Arabs, reconciliation between Arabs and Jews, and much more,” says Nabil.

Only the person who has grown up in it can understand a person from Islamic culture, and most importantly, they treat their neighbors with love and compassion. This is how I saw Nabil Babbeisi. 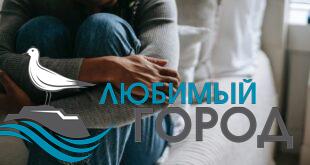