Ukraine is at a crossroads between the European Union (EU) and the Eurasian Economic Community (EurAsEC). By and large, Europe offers Ukraine to join the core values of human rights. Whereas Russia, being the initiator of EurAsEC, “trades” with more mundane values, and for Ukraine’s accession to the Customs Union (CU) promises it cheap gas and sales markets. What will be the Ukrainian choice? According to many politicians and experts, this is the main foreign policy issue of the coming year.

“The struggle for Ukraine is entering a new stage. The fight will be very fierce on the outside. We feel it now. But we will especially feel this in 2013. There is a decree of the President of the Russian Federation No. 605 on the foreign policy goals of the Russian Federation, where the creation of the Customs Union is clearly spelled out for 2015. On the other hand, there is a resolution of the Senate of the United States of America and the Congress, which says – by no means create a new education in the post-Soviet space. What Ukraine should do in this situation is, of course, the people, ”the deputy of the Verkhovna Rada of Ukraine, S. Grinevetsky, must decide.

It is not yet known what the United States will do, but Russia’s actions are obvious. This is an economic war and a massive propaganda in Ukraine of the idea of the “Russian world”.

“We understand what the struggle for the future world order on the planet is going on, and we see how the Atlantic project, the European, the Chinese, and the Islamic, are fighting among themselves. And in order for Russia to take its rightful place, we need to actively shape the Russian world. Develop our Russian civilization as a whole, ”said V. Nikitin, First Deputy Chairman of the State Duma Committee on CIS Affairs and Relations with Compatriots, speaking at the Moscow Economic Forum of Russian Compatriots.

It is clear that the idea of the “Russian World” has no future in Ukraine without the total approval of the Russian language. Therefore, the first step in promoting this idea was the Law “On the Fundamentals of the State Language Policy” proposed by S. Kivalov and V. Kolesnichenko. The linguistic surgery, conducted by the “fraternal” special services, is so far painless, because it takes place under deep anesthesia of the Ukrainian nation. But, at a certain moment, having regained consciousness, the Ukrainians with horror will discover amputated limbs, in a territorial sense, of course.

In terms of planting “Russian World” Odessa is very indicative. The leader of the public organization “United Odessa” V. Chernov was elected coordinator of the South District of Russian compatriots at the already mentioned economic forum in Moscow. President of the All-Ukrainian Association “Solidarity of Journalists”, created with the support of the Russian Foundation “Russian World”, M. Zubareva presents the film “Russian World of Ukraine” in Odessa. In parallel with the opening of the centers of the Russkiy Mir Foundation, anti-Ukrainian sentiments are being fueled. Ukrainophobe from the Verkhovna Rada I. Markov is doing everything possible so that the population perceives Ukrainian as fascist. The provocation is also a discussion about Little Russia, which, in essence, is a disagreement with the existence of the state of Ukraine as such. Ataman Troops of the faithful Cossacks of the Black Sea. Bohdan Khmelnitsky, General Oesul O. During the rally near the monument to Bogdan Khmelnitsky, on the occasion of the anniversary of the Pereyaslav Rada, Dryamin declared that Ukraine “has one way” – to be with Russia. From the point of view of the pro-Russian forces in Odessa, history repeats itself and the new Pereyaslavska Rada will inevitably take place in Ukraine, and this is the way to the Customs and Eurasian unions.

It is obvious that leadership in the field of political and economic decisions will belong to the architect of these entities, i.e. Russia. All other countries will be less privileged members of the union. This is confirmed today, when Moscow sets in motion political and economic instruments of pressure on the “fraternal” Ukraine. The Customs Union will allow the use of economic pressure on Ukraine more planned and without restrictions. Let us remember the Holodomor, because it was also an economic instrument of pressure on the Soviet village, in particular on the Ukrainian one. pizzaranchfeedback.com

One thing is clear, the integration of Ukraine into Europe is a big question. By refusing European integration, Ukrainians will for a long time, if not forever, lose the opportunity to join the European values of human rights. Namely, these values are the foundation for building a free and prosperous society. 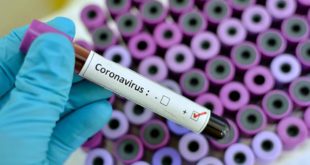