Today we will talk not about the Dodgers, skillfully hiding from paying debt to banks, or, conversely, too lop-eaters, who did not read or did not understand a single point from the contract signed with the bank, for which they pay, but honest borrowers who repeatedly used banking loans and always on time calculated for them. As long as life, or rather the crisis, did not make its own adjustments to their “friendship” with banks. And then it turned out that “friendship and cooperation” with banks, which borrowers considered mutual, is just an advertising soap bubble, the very “bait” that the bank “fishermen” lure into their networks a trustful “fish”. And when she is on the “hook,” we are no longer talking about any “friendship”: “Money for a barrel, and no talk!”. And this money is unceremoniously and tough.

Aleksey Bulgaru tells how such a banking practice has affected his life, family, work.

– In 2007, I decided to buy a car, and there was no means to pay its full value immediately. After consulting with my wife, we decided to buy it on credit. After all, I had, as it seemed then, a constant profit from business activities. In the car salon, as is customary, there are employees of various banks offering “auto loans”. We used the service of Ukrsibbank, which offered at that time the lowest interest rates on the loan (14.2%).

In 2008, due to refinancing, he signed a cooperation agreement with Ukrsibbank, although up to this point he was credited in Aval Bank, where the interest rate on the loan was 13.2%, i.e. almost 2% lower than at Ukrsibbank at that time. It seems to be stupid? Now I understand that yes, but then they promised me “golden mountains” in this bank. Including, one more loan for the repair of an apartment, which Aval refused, as well as the opportunity to consider and change the loan term at any time (i.e., if the loan is 21 years old, then it can be changed to 10 years ). And they promised not to refuse, if necessary, another loan, since we are clients of this bank. In the first case, the word was kept, as the fishermen say, “fed”, and in the second and third, almost immediately, as soon as they signed the agreement, they were “thrown”.

So, from 2007 to 2011 we paid the loan regularly, although the crisis began, but we managed. In 2011, in November, the invoice payment (the third of each month) had to be delayed. Those. I paid it not on 3 numbers, but on the 7th, since, unfortunately, problems started in my business.

Knowing the terms of the contract on the accrual of interest, I went to a violation, delaying the payment, but paid the penalty in full. So three months passed, the payment was delayed up to 20 days, not more. But they began to call from the bank with questions: what happened, why not pay on time? The answer was simple: “A crisis, but you do not worry, we will pay every month and a penalty too.” Time went by. Payment delay did not exceed 20-25 days. Peng was paid every month, as stated in the contract. But despite this, calls from the bank became more frequent. They called me five times a day, not only for me, but for my wife too. In May 2012, bank employees began to frighten that they would file a lawsuit. Our explanations that we pay, albeit later than specified in the contract, and the penalty – your earnings, answered: pay on time and to the point. I had to go to law enforcement agencies with a statement about psychological pressure, in which I did not believe before this occasion. But the police replied that they could not do anything, because prove the “pressure” is impossible. After some time, calls began to arrive already on weekends. pleasemum.com

I found on the Internet information about who owns Ukrsibbank and who controls it. By e-mail I sent a letter both to the bank and to the owner of the bank for shares. In July, I was invited to a conversation at the main office of the bank in Odessa. They persuaded not to write more, not to complain, and promised to settle everything, because for the bank, my wife and I are respected customers. We calmed down, breathed easily. Calls became less, and talked to us more politely. And then came August. You could say a terrible August. Two days after the delay in payment, they began to call 10 times a day, they were rude and rude. And the first calls were heard from seven in the morning. They will call, but when you pick up the phone, you hear short beeps. After a while, call back again. When I asked why call so early, they first answered that this could not be, and then, without being confused, rudely stated that they have the right to call from 07:00 to 23:00. Our complaints to the main office answered that they checked the calls and no early calls were recorded. As I understood now, the assurances that my wife and I “are respected clients” were just a kind of lightning rod so that they would not complain anywhere else.

This is how Ukrsibbank treats “respected customers” who are in difficult circumstances, but at the same time not giving up their obligations and paying a loan, albeit with some delay, for which, by the way, customers pay huge fines. And if they break the repayment schedule, they can reach 5-10% of the loan amount. By the way, from penalties the bank receives up to 20% of its income. In short, a fine is an opportunity for a bank to make money. But making money on psychological pressure on people is immoral (in the past year 21 debtors of Ukrainian banks, after such “innocent psychological pressure”, committed suicide).

As one of the leading Ukrainian banking specialists noted, morality should be the basis of banking activities. Banks need to revise their policy of heavy fines for overdue loans. After all, if you take the last from people, they simply won’t come to the bank anymore. And without clients, the banking system will never come out of the crisis. Yes, and one of the causes of the financial crisis was precisely greed, which is ruining the banks.

Bankers think little about the interests of their clients, and care more about their short-term profits, and this is the loss of tomorrow’s prospects.

– More recently, another event occurred, – said Alexey. – Since the borrower on the loan is my wife, and I am the guarantor, then the loan is issued for her. When applying for a loan, she provided an income statement stating her place of work. She is a teacher at a higher educational institution, which since last year has signed a cooperation agreement with Ukrsibbank on the calculation and payment of wages by means of payment cards (the fact that the teachers did not give consent did not interest anyone). Now, when getting a salary, they used the card data. On October 15, an advance in the amount of UAH 1,100 in October was credited to the wife’s card, and the next day the money was withdrawn from the account by the bank itself, without warning, and converted into currency at a very unprofitable rate. At the bank’s office, the wife was told: “You have a loan debt, therefore, without warning, unilaterally the bank decided to withdraw funds to repay the loan payment. ” The fact that these funds were used for certain plans of my family and that the entire amount was withdrawn, but not a certain percentage, and how this borrower will continue to exist, the bank did not bother.

PS The emblem of “Ukrsibbank” is the star-birds, floating in the shining space as a symbol of beauty and spiritual purity. And it turns out that they can “shit” on your head like most ordinary ravens. And doing this, they won’t be ashamed for a minute. How, by the way, and bankers. 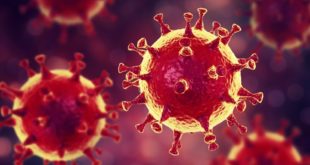