The clergyman of the Holy Dormition Odessa Odessa Monastery, Schemaarchimandrite Jonah (Ignatenko), died in the 88th year of life after a serious long illness. This is reported by the press service of the Odessa Diocese of the Ukrainian Orthodox Church of the Moscow Patriarchate.

The funeral and burial of the spiritual father will be held on December 22 after celebrating the Divine Liturgy in the Holy Assumption Odessa Monastery. The requiem will be performed by Metropolitan Agafangel.

Elder Jonah was one of the eminent devotees of piety, known to believers from the entire post-Soviet space. According to numerous testimonies, the righteous man had the gift of healing. planethollywoodfeedback.com

He was born in 1925 in a large family, was the ninth child. From childhood he worked – he was a tractor driver, a miner, an oil worker. During the Great Patriotic War, he worked in a defense enterprise. He was married and had children. At the age of 40, he contracted tuberculosis, and the family refused it. Being in the hospital, and seeing how they were dying from this disease, he swore to God that if the Lord healed him, he would go to the monastery.

His students tell what is then about. Jonah had a vision of the Most Holy Theotokos, who pointed out the Odessa Assumption Monastery to him. After he arrived in Odessa, he was not taken to the monastery for several months and he was forced to live in a dugout, which he dug for himself. Since then, for almost 50 years he has been in monastic tonsure. 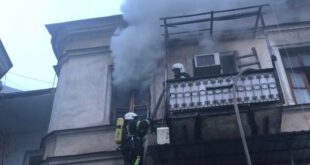