Each person is determined by the measure of life on earth. And for everyone, the day comes when, among everyday worries and troubles, the thought suddenly comes: “And what did I do in this life good, good not only for myself and my family, but also for other people, for God? What will remember me when I go to another world? And what will be my last big business on earth? And how gratifying, when thinking about this, a person with a pure heart can answer himself: “I lived for people.”

This is how Vladimir Markovich Krichevsky, whose first family’s death anniversary, his numerous students, friends and acquaintances will celebrate with mourning in January 2013, could answer the questions posed by his own heart and soul.

He left, having lived 85 years, in which both difficult childhood and military roads he traversed in soldiers’ boots, post-war devastation, and studying at the institute, and more than fifty years, devoted to students, whom a wise teacher not only taught history right, but such concepts as kindness, mercy, help people.

I studied with Vladimir Markovich, his former student Katerina Lipetskaya recalls, in the correspondence school of Vasyvansky school, the director of which he then worked. We, his students, were almost children, and it was so difficult to come to classes after a busy day, so it is not easy to force yourself to learn when you feel tired from sleep. And our mentor understood this, but at the same time he knew very well how knowledge would be useful to us later, when we want to study further. Therefore, he forced us to get an education with a kind word and rigor. And how we were grateful to him later! He was a real man with a capital letter, the soul of society, he loved all of us, his students, his family, children, grandchildren, and then great-grandchildren.

It seemed that his big heart was not enough of this, and Vladimir Markovich gave himself more and public work, was repeatedly elected deputy of the Malogsky village council. And you know how many worries a real deputy has.

And one more huge work was loaded on his elderly shoulders by the tireless Vladimir Markovich in the 90s of the last century. This work was the organization of the Belgorod-Dniester Jewish religious community, whose influence extended to the whole of Bessarabia.

It should be noted that in 1970 the Jewish population of Belgorod-Dnestrovsky was 1,400 (4.3% of the total population). In the late 1980s – early 2001, most of the Belgorod – Dniester Jews repatriated to Israel or left for the United States, Germany and other countries, only about two hundred people remained. Until 1940, the Jewish community owned 11 buildings in the city!

And it was in the 1990s. – early 2000s. in Belgorod-Dniester, the development of Jewish life takes place, almost extinct as a result of the actions of atheistic Soviet power. In 1995, the Jewish community was formed here, the “father” and the chairman of which was Vladimir Krichevsky, a Jewish kindergarten and school was opened, and a synagogue started to work. What interesting and informative Jewish holidays were organized by Vladimir Markovich, Katerina Sergeevna recalls, how the canteen worked clearly, providing meals to the needy and the sick at home, how the community received help was fairly distributed. pizzapizzafeedback.com

How many times he helped then, complements her memories Alexander Issakovich Krasenko, and my family and I will always remember his effective kindness. But then he was already very many years old. Where did you get the strength from! I think he drew them from the universal love and respect for himself.

Vladimir Markovich also raised funds for the installation of monuments to shot Jews in Bessarabian cities, organized with other enthusiasts to clean the Jewish cemeteries, and most importantly, achieved a return to the community of two synagogues.

About 20 years of his life, Vladimir Markovich Krichevsky gave his noble activity in organizing the life of Bessarabian Jews. This was his last big deal on earth. 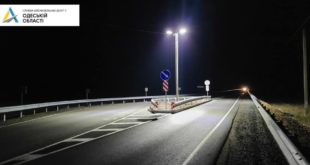